Dead Kennedys - 'Bleed for me' from 'Urgh! a Music War

The Drifters, later to become The Shadows,


DESECRATION OF MY YOUTH (STEELGAR) ▼

DESECRATION OF MY YOUTH (STEELGAR)

You impressed a barcode
Right from the womb
Installed a nosy cam
In every single room
On behalf of freedom
I'm not allowed to think
Life's been forbidden now, unless it's
for cosume

Desecration of my youth
Domination is your only truth

Dictate my fun ways
When i'm cagged or dead
Show me the hapiness
Inside this cattle shed
Your brave policemen
They protect and serve
They also hurt and kill
And torture, but who cares?

Desecration of my youth! 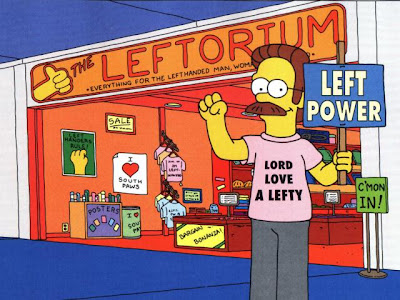 En 1948 nació Scott Powell, conocido como Tony Santini en la serie de TV. Ahora Scott "is a Board Certified Orthopedic Surgeon, and with partner Bill Stetson, founded Stetson Powell Orthopedics and Sports Medicine, which has two locations in California. He provides such services as tennis elbow release, arthroscopic rotator cuff repair and total shoulder replacement. He serves in many capacities in the medical field, including being active in the Arthroscopy Association of North America, the American Orthopedic Society of Sports Medicine, and the American Academy of Orthopedic Surgeons. Powell is Team Physician for the United States Soccer Federation Women’s National Team, and is on the medical staffs of both the U.S. Soccer National Team and the United States Olympic Committee, and on the Board of Directors of United Cerebral Palsy. He is also Associate Clinical Professor at the USC Keck School of Medicine."
Buddy Holly homenajeado por unos geniales Sha-Na-Na

Q. When did Sha Na Na get started?
A. Sha Na Na began as an a capella group called the Kingsmen on the campus of Columbia University in New York back in 1969. The group originally performed a variety of songs, but the music of the '50s proved to be so popular that the members decided to stick to the oldies and Sha Na Na was born.

Lennie Baker retired at the beginning of "2000" and resides in his home state of Massachusetts on the Island of Martha's Vineyard with Tess, his Jack Russell Terrier.

Scott “Santini” Powell is now an orthopedic surgeon in the L.A. area.

Denny Greene studied law after leaving the group and has worked as a college professor around the country.

Johnny Contardo was working as a journalist in the L.A. area.

Rob Leonard is currently Professor of Linguistics and Swahili
(undoubtedly the only Swahili professor to have played at Woodstock!)
at Hofstra University on Long Island, New York.

Original bass singer Alan Cooper (singing At The Hop in the Woodstock film) went on to be a professor of theology at the Jewish Theological Seminary.

Jon “Bowzer” Bauman lives with his family in the L.A. area and still tours as a solo act singing and hosting shows.

“Dirty Dan” Mc Bride is staying busy in Hollywood as an actor, voice-over artist, singer and guitarist. He maintains an active website. Also beware of Danny of Sha Na Na imposters. Danny McBride was the ONLY Danny ever to be part of Sha Na Na.

Original lead guitarist, Chris Donald a.k.a. “Vinnie Taylor” and bassist David “Chico” Ryan have passed away (1974 and 1998 respectively). Their great talent and energy have been missed. Sadly there is Vinnie imposter out there tainting the memory of our friend. There was only ONE Vinnie Taylor and he rocked!

Three of the early Sha Na Na guitarists attained some notoriety. Henry Gross wrote, sang and had a hit: Shannon, Elliot “Ronzoni” Randell played lead on Steely Dan’s Are You Reeling In The Years and Elliot “Gino” Cahn went on to manage the rock group Green Day.

Lucifer and The Black Men - Be-Bop-A-Lula

Matchbox - Be Bop a Lula

Clarence Leonidas Fender, better known as "Leo Fender" is the creator and inventor of the world famous "Fender Guitar". Some of the world's greatest musicians prefer to play none other than a "Fender Guitar". Leo Fender was born August 10, 1909 on his parents farm in Anaheim, CA. In Leo's spare time he enjoyed repairing electronic equipment. During high school, Leo decided to pursue a professional career in accounting. By the early 1930's Leo married his wife Esther Klosky and worked as an accounted for the State of California Highway Department in San Louis Obispon. When the great depression hit Leo unfortunately lost his job.

Leo who was an extreamly resourceful and creative man decided to start his own business. He borrowed six hundred dollars and opened an equipment repair shop called Fender Radio Service. Eventually Leo got involved in the guitar and amplifier business as well. Leo soon found his true passion in life, this ending up making him a very successful entrepreneur. Leo re-invent and improve on the technology of the electric guitar. His new guitar had a cutting edge sound which ended up revolutionizing and changing the face of the music industry. In his later years, Leo's health began to fail him. Leo continued to innovate right up until his final days. Leo suffered a number of strokes and developed Parkinson's disease, and died on March 21, 1991. 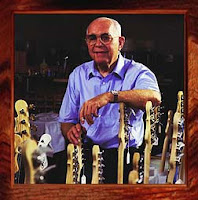 It’s safe to say there would be no such thing as rock and roll without its distinctive instrumentation. To put it another way, rock and roll as we know it could not exist without Leo Fender, inventor of the first solid-body electric guitar to be mass-produced: the Fender Broadcaster. Fender’s instruments - which also include the Stratocaster, the Precision bass (the first electric bass) and some of the music world’s most coveted amplifiers - revolutionized popular music in general and rock and roll in particular.

Leo Fender and the Heart of Rock ‘n’ Roll

The designer, engineer and inventor would found the Fender Electric Instrument Manufacturing Company, the banner under which he created and produced the first wave of commercially successful electric guitars, basses and amplifiers. Fender’s panache for instrument design reached its pinnicle with his work on the Telecaster guitar, the Fender Precision bass and, most famously, the Stratocaster, the musical instrument that was the central force in defining rock ‘n’ roll in the 1950s and ’60s, and whose influence continues to dominate every genre of popular music. 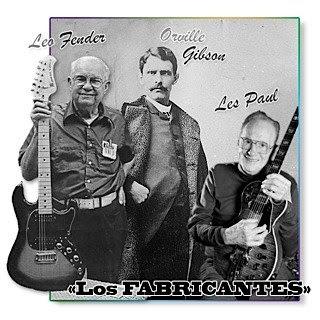 Leo Fender didn’t invent the electric guitar. Six-string slingers had been experimenting with rudimentary amplification systems since the early decades of the 20th century. Always itching for more volume, guitarists were eager to be heard above the drums and other loud instruments in the dance bands of the time.

The first real innovations toward electric axes, however, came with the awarding of two patents for magnetic pickups. The first went to Gibson’s Guy Hart for his company’s Hawaiian guitar design on July 13, 1937, and the second went to Rickenbacker’s George Beauchamp for his horseshoe magnet pickup design featured on his company’s lap steel “frying pan” guitars, on August 10, 1937 — coincidentally, Fender’s 28th birthday.

The earliest electric guitars were either of the lap steel or hollow body archtop varieties. It wasn’t until guitarist Les Paul constructed his own prototype solid body electric, nicknamed “The Log,” in 1946 that the stage would be set for the revolution that would define popular music in the second half of the century.

And that’s where Leo Fender comes in.

Rory Gallagher is and always will be THE strat master. Four hour shows almost every night for his whole adult life, never sold out (even though he﻿ was asked to join many top bands) with the same strat in his hands playing like his life depended on it, the real deal!! RIP Rory (tomado de los comentarios del video)